An Oxford college’s £500m business and homes development has been approved for a second time.

Thomas White Oxford (TWO), which is owned by St John’s College, will build Oxford North on land near the A34, A40 and A44.

Oxford City Council approved the project in November but opposition councillors demanded it was looked at again.

Concerns included that only 35% of the 480 homes would be “affordable”.

Under city council guidelines, half of them should be given that classification.

But the authority said it was happy with a mechanism that means more homes will be built if the site is more profitable than expected. 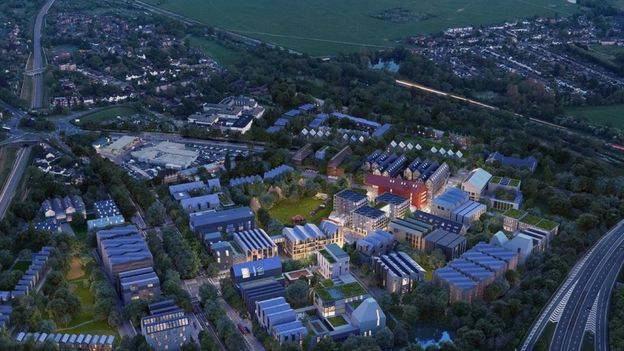 Bob Colenutt, of Summertown and St Margaret’s Neighbourhood Forum, said: “Affordable housing is desperately needed in Oxford; this is a huge site, it’s capable of generating quite a lot of housing, particularly social rent housing.

The plan has already had £10m of government money allocated to it.

TWO has said it will provide up to £100m of “substantial investment into power, utilities and public space” for Oxford North.

Previous:House price calculator: Where can I afford to rent or buy?
Next:Berlin backs five-year rent freeze amid housing pressure