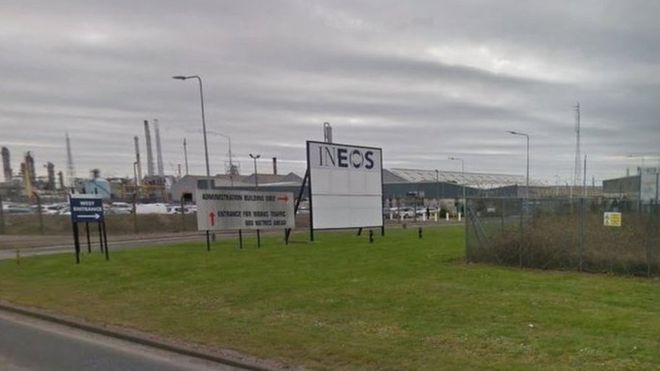 A chemical plant on Teesside is to close with 145 jobs set to be lost.

A consultation over the future of the Ineos acrylonitrile manufacturing plant at Seal Sands had been launched in October.

Alex Cunningham, the MP for Stockton North, told the BBC he had received an email from Ineos confirming the operation was to close early next year.

The firm, which belongs to Britain’s richest man Jim Ratcliffe, has been approached for comment.

Mr Cunningham said: “The company has made it clear it’s a very old plant, it’s outdated and needs huge investment in order to bring it up to modern standards.

“They’re talking about hundreds of millions of pounds and say the plant doesn’t make that much.

“A week before Christmas, it must be devastating for the workers. They’ve got tremendous skills.

“The chief executive is one of the richest people in the world, but he prefers to invest his money in the Middle East rather than Teesside.”

In the email sent to Mr Cunningham, Ineos said it had “reluctantly concluded that the plant should close”, citing safety concerns for its employees handling “significant quantities of hazardous material”.

The firm said it had invested almost €200m (£178m) in the site since it purchased it in 2008, but added it would require another €200m “to try to counter decades of underinvestment”.

Staff would be supported through the firm’s employee assistance scheme, it said, with the possibility some could transfer to other factories.

A second plant on the 268-acre site, which produces industrial nylon, will remain open. It is operated by Ineos on behalf of Basf.